With the turning of the calendar just weeks away, making resolutions for self-betterment in the new year is on the minds of many.

For Gregory Jamiel, a Cranston native and owner of Inner Elements Yoga in Portland, Ore., an upcoming class being held at Body Kneads Yoga on Reservoir Avenue will serve as a chance to share with others a different way of thinking.

“I think this is a really important message to take out and share with other people,” he said of the class, “The Body Beautiful,” scheduled for 4 p.m. to 6 p.m. Dec. 15.

A graduate of Cranston High School East, Jamiel previously worked for NBC on the art direction side of television production and moved to Oregon prior to the economic downturn. When he was laid off from his job after the crash, he began looking for new opportunities on the West Coast. That journey led him to his current studio, which is the only one of its kind in Portland.

“I fell in love with Forrest Yoga,” he said, noting that the practice is named for its founder, Ana Forrest.

Jamiel said what sets Forrest Yoga apart from Vinyasa Yoga is the length for which practitioners hold poses. While the latter involves swift movements, he said Forrest Yoga’s poses are often held for three to five breaths. That approach, he said, allows people to “really feel the pose correctly in our own body.” The technique is often used in rehabilitation from injuries, he said, and also helps prevent people from being injured.

Forrest Yoga has another goal as well: allowing its practitioners to “tap into and release different stored-up emotions in your body.”

Jamiel said his own journey to yoga stemmed partly from body issues he had in his youth and from a desire to break the cycle of repeat behaviors and mistakes that all people make. The emotional aspect of Forrest Yoga, he said, deals directly with these issues.

“We’re training in a way to kind of coax [pent-up emotions] out very safely,” he said.

The balance of physical and emotional healing, Jamiel said, is at the heart of Forrest Yoga.

“When you leave, you feel lighter [of body and mind],” he said.

Jamiel said Forrest yoga also has a special appeal “for the people of today,” given that the stress of spending hours in offices and automobiles can manifest itself in areas of the body such as the neck, hips and shoulders. The technique, he said, focuses on “stuff to kind of bring us back into a natural alignment.”

Sunday’s class will be the second Jamiel has hosted in his native state. He said last year’s session, “Celebrate Love,” drew a high turnout, and he hopes for similar success for the upcoming session.

Jamiel said the visit is a “really nice opportunity” to return home and share his work with family and friends.

The surroundings carry an added significance, he said, given the Ocean State’s natural beauty – something people often overlook within themselves.

“This is a chance to kind of pause about speaking negatively about our bodies,” he said, calling the session an opportunity to “reinform and reinterpret” their self-perception.

Body Kneads Yoga is located at 1145 Reservoir Ave. Jamiel said those interested in “The Body Beautiful” may register by visiting the studio’s website, www.bodykneadsyoga.com, and clicking through to the events page. 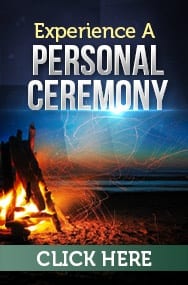 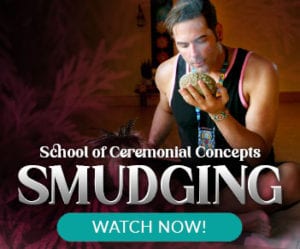